The story behind Bazaar of Boxes:

Bazaar of Boxes was founded in 2019, but it all started in 2017 when Marvin Roelofs, BoB’s owner, purchased his very first 3D printer. After learning all there was to learn with this printer, Marvin started to print objects he could use in his daily life, mainly hobby-related things. Because of Marvin’s background as a 3D game artist, he was able to design everything on his own. Initially, the focus of Bazaar of Boxes was to create custom deck and dice boxes for Magic the Gathering and Dungeon & Dragons. This is where it all began. In 2018, these boxes got noticed by friends and other folks Marvin met at Magic the Gathering tournaments and such. He proceeded to hand them out to friends, so they could further test the designs. This ended up bringing forth a lot of tweaks to the boxes and eventually, the design started to settle in. After this, everything went rather quickly – and suddenly, in 2019 – Bazaar of Boxes was officially born …

… at least, the concept of Bazaar of Boxes as a company that creates and sells custom boxes, that is. Late 2020, Marvin had the brilliant scheme of trying to expand the BoB brand, to bring the boxes to a wider audience. He’d be doing that by streaming Magic the Gathering, the format Legacy specifically, on Twitch! Michel de Jong and Teus van der Meij, close friends of Marvin, joined the endeavor and have been part of BoB ever since.

Ironically, since the conception of Marvin’s devious scheme of trying to expand his box-empire by streaming online, the boxes themselves have slowly been put on the back burner and what was once mostly just a means to an end; one of selling more boxes – has now eclipsed the product and has become the new product (for now)! 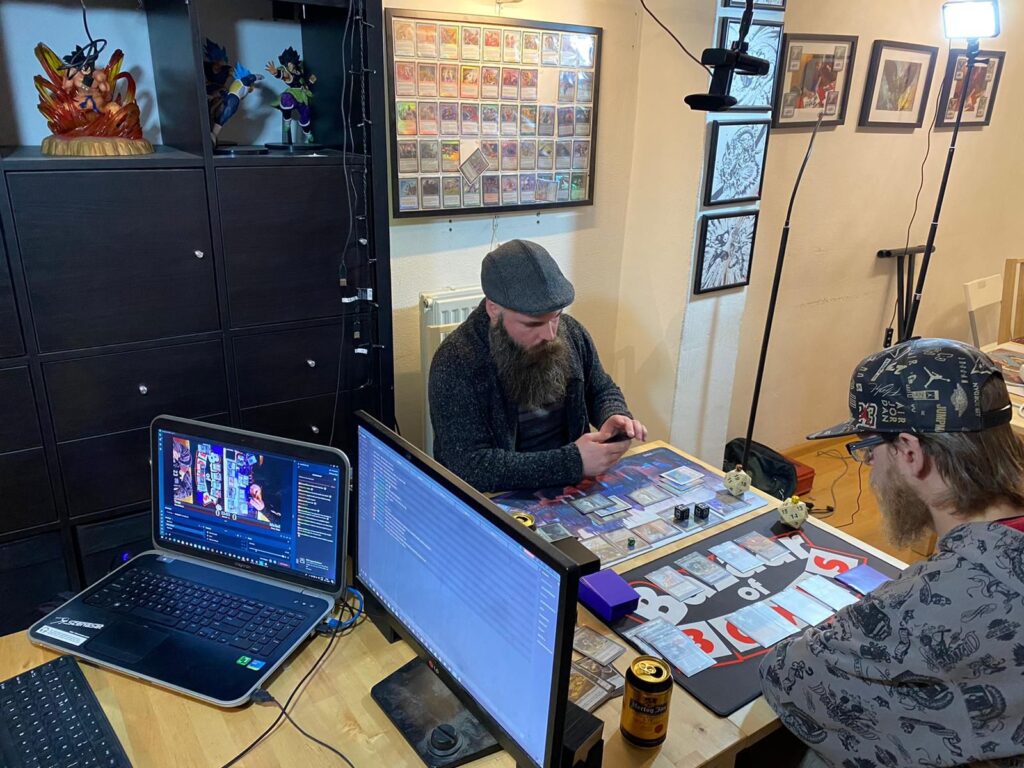 The Bazaar of Boxes Series:
Early 2021, Marvin, Michel and Teus felt there had been a huge hole in the Dutch MTG Legacy landscape for quite some time; paper tournaments had basically died out, there was very little community gathering going on and when folks said that Legacy was a dying format – we almost started to believe them. However, that didn’t deter us from doing something about it. During the pandemic, we had been secretly working behind the scenes on setting up our own paper Legacy tournaments, now known as the Bazaar of Boxes Series.

In the summer of 2021 we had our first edition and have been sold out with around 50 players ever since – which currently makes the BoB Series the largest Legacy tournament in the Netherlands. During the inception of the Series concept, the BoB crew was reinforced with Ruben Scholten (production/crew), Mark Dragstra (head judge), Rory Tans (floor judge) and Anouk (administration/crew).

As of late 2022, Bazaar of Boxes is part of the European Legacy Masters project and is the Netherlands’ sole qualifier. As time moves forward, we keep expanding – and well, what about those boxes you ask?

There is no box.

… but, we will be selling custom T-shirts soon!
Forever scheming. 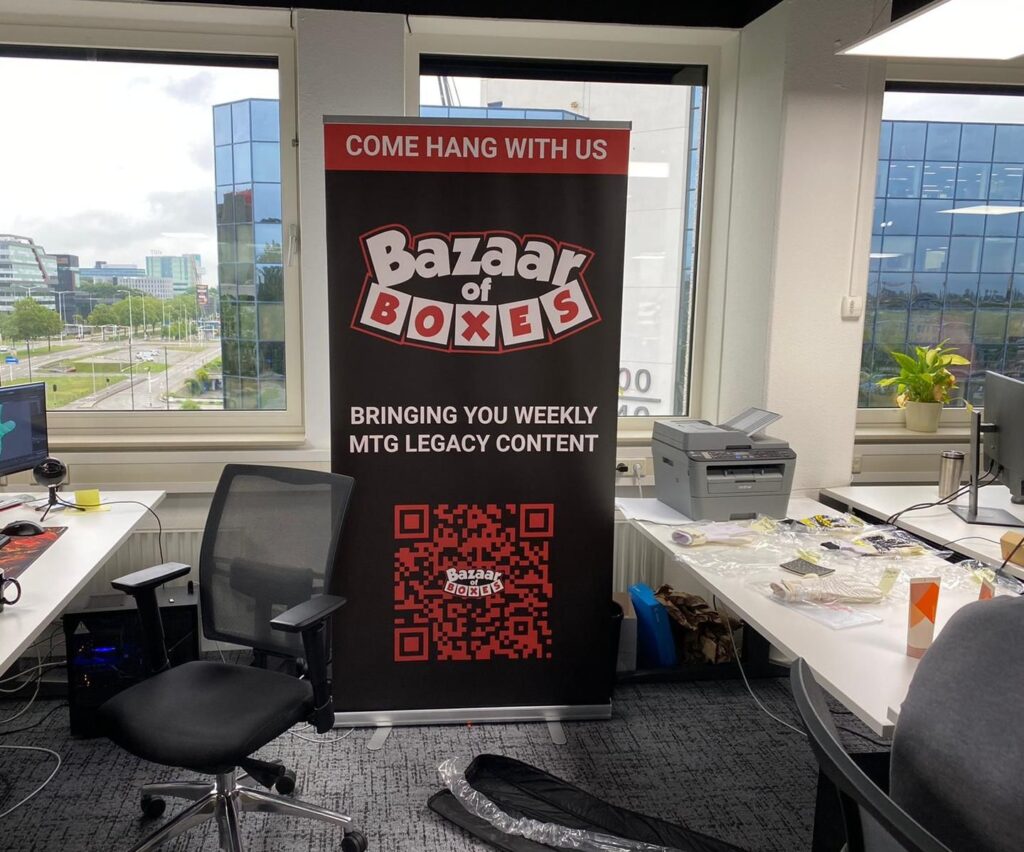